I think we can agree, that terrain is the second most important (physical, because, You know, the rules...) thing in tabletop games (very closely after the miniatures, and far before banners). Until now, all my terrain was only shown in the background of the photos (except the part 1 and part 2 of the modular wooden fort), but now I'm planning to write some posts about terrain. One obvious choice is making it in chronological order, so lets start with a very versatile terrain pieces: modular ruins. 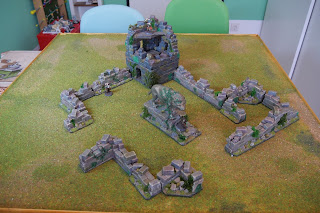 Such ruins can be used as ruins, which is pretty obvious, but not just like that. If I need to represent a bigger building on the board, I just use these as the layout of it. If I need a smaller dungeon, or a cave, I use them as the sidewalls. So they are really very universal, and so maybe the most important terrain pieces. I made 3 pieces from 4 types of them: long wall, short wall, inner corner, outer corner (+ a tower and a giant statue, but I will detail them later). The exact size is not that important, but if You want to use them combined (for a larger building), it helps, if the lengths are multiplications of each other. For example my long walls are twice as long, as the short ones, and the short once are (half as long es the long ones, hehe…) as long as one inner or outer side of the inner or outer corner piece. The heights are made so, that some parts can be used as heavy cover (a general rule for that is more or less to cover more then a half of a miniature), some as full sight blockers. I left out light covers (generally somewhere between 0 and 50% coverage), because that can be made with gaps between two parts too. I don’t want to give a detailed description of the production process, I basically followed the great video from Black Magic Craft Jeremy. Here are the results: 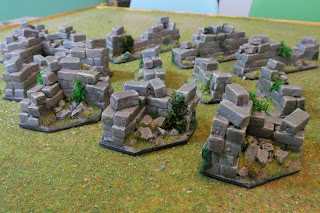 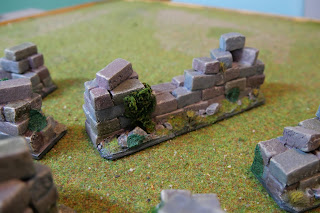 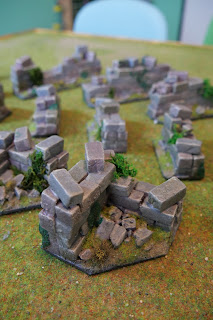 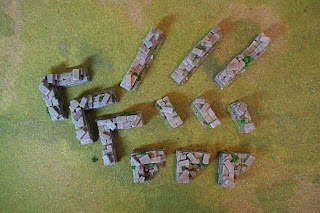 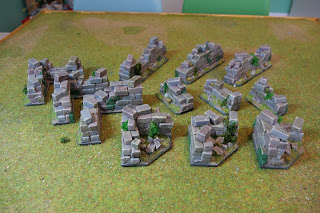 I also made a bronze statue from a toy lion (such toys are perfect for making statues, because they don’t need that sharp detailing, that miniatures would need). Here I made a big base from a single piece of XPS foam and draw the lines on it with a dull pen (it would have been better to draw it with a thin marker, then make a shallow cut with a knife and then draw it again with a dull pen, to evade those ugly, ragged edges). Then I cut, textured (the good old tinfoil-ball method) and weathered (just broke away some parts) some tiles for the top and the stairs (which is again a single piece of XPS). Then I simply glued on the lion, and painted it. The painting of the stone parts is the same as by the ruins, and for the bronze statue, I again followed Jeremys tutorial. At the and I added a lot of different plants (as by the ruins), including a big creeper (which is made from kitting-string, maple seeds, tons of patience and flavoured with some swearing…): 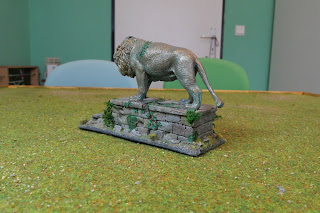 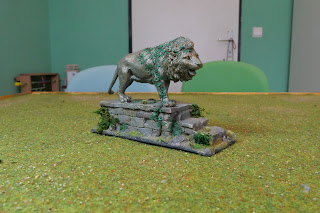 The last part of my ruins is a tower. And its not only a tower, it’s a modifiable tower! The first floor is mad of the same bricks, as the ruins, and the same tiles as the statue, with a doorway, made of special bricks. The trick comes at the second floor, which is detachable, and can be placed in any orientation. How I made it? I wont tell, but not because I’m that evil, but because what I made is simply a bad design… If I would make it again, I would just cut the top of the firs floor, ad the bottom of the second floor straight. Anyway, there is another little detail, the stairway, which is made of a small, round wood-beam (I used beech, but please be smarter than I, and use balsa instead) and popsicle-sticks, and can be mounted in any orientation to fit the second floor. Afterwards I wouldn’t say that this option is absolutely necessary, but it’s nice to have. Painting, again as by the ruins (wooden parts: brown base, black wash, grey drybrush), and added a lot of plants for a really ancient and abandoned look (my favorite detail is the little tree on the top, with the roots growing trough the wall): 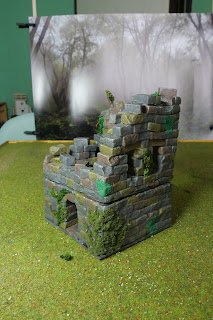 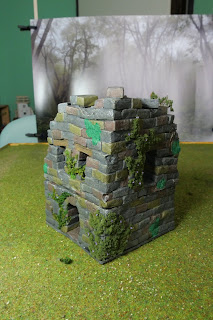 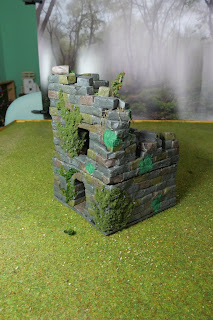 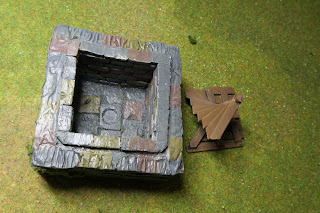 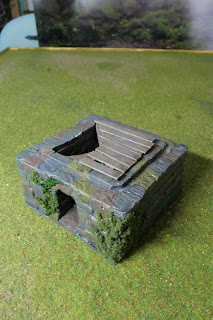 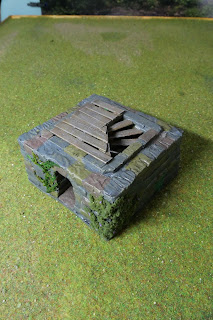 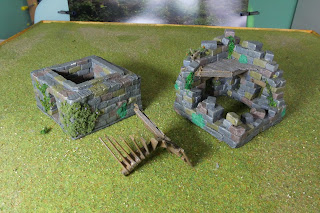 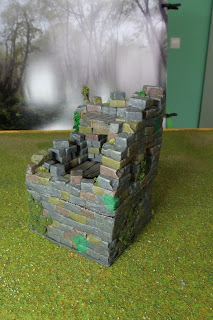 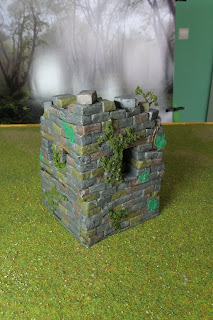 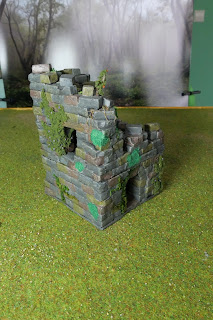 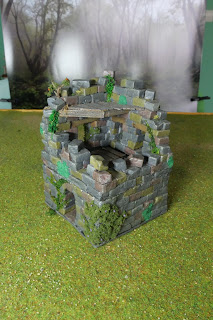 That’s all for now, next time: something else!