The Oathmark army intro series comes to the end (yet). Because now, it came to the fourth race from the basic rulebook: humans. I know, Oathbreakers were released, and so there is also the undead faction, but we in the family don’t own undead units (except 11 skeletons, 7 ghouls/zombies and some character miniatures). So what does Northstar has for humans? This will be the shortest list, because it’s the only faction (expect the undeads), which has only one plastix box:

That was quick… Short list, where I don’t have anything. But what do I have then?

I was searching for human minis for my army, and I made some rules: must be cheap, must have options for a lot of different units, and must have a fitting size. There are a lot of beautiful sets from dark ages (vikings and so), but there I miss the option of showing the three different armor levels of the units (no armor, light armor, heavy armor), because they are typically without armor or with chainmails. I hade to continue my search in another age. I didn’t wanted to go to an earlier period, roman infantry would feel odd next to goblins, so I took the next main step in historical miniatures: early medieval (crusades). That would fit well, there are some sets on the market, but I didn’t find anything what I really liked (although Fireforged games has a nice line-up), most of the heavy armored troops carry giant ornaments on their helmets (ok, I could have cut them). So lets jump to the next age: late medieval (100 years war, War of the roses), and there I must find something because the next historical period would be the renaissance which would look odd again next to other races of the game. Aren’t as many plastic boxes here, but there is a manufacturer, who has everything in nice quality for a very reasonable price: Perry Miniatures!

There are archers, different infantry types, heavily armored knights on foot and on horses, so the whole human infantry can be covered (except the rangers and mounted rangers, but they are anyway a bit special). And another advantage is, that you can have single sprues also, no need to buy complete boxes! So I started to build my army, based on Perrys Agincourt and War of the Roses ranges. 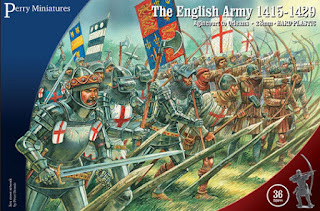 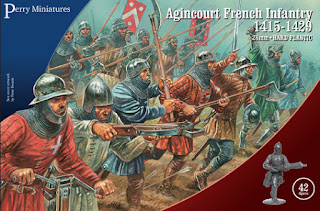 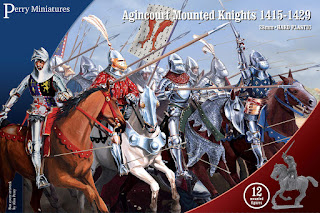 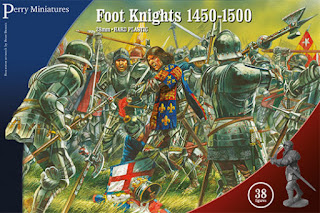 There is a lot of mix and match between the different sets, but I try to remember whit is made from what. They are not ready painted (of course), but I have plans in my head, and I already designed banners for them (about that in a later post):

Well, I hope that the length of this list compensates the former one. Actually its so long, that I will make here a break.